When Should You Start Thinking About Your Lease? 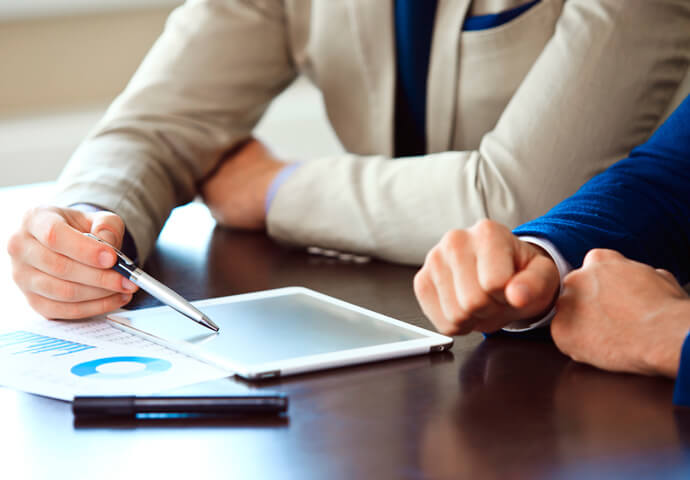 Most people only start to think about their real estate situation when they are coming up to the expiration of their lease term. Since many leases are seven years or more in length, people don’t think about their real estate very much. When they finally do, they are sometimes reacting to an emergency situation rather than executing on a well thought out strategy. Even if you are too early to enter the market or execute a new lease transaction, there are things you can be doing with your real estate to better support your business or plan for the future.

Most leases involve a relatively long term commitment to a particular space and configuration. The problem is, business is changing today at a pace that is unprecedented. What worked three years ago can become obsolete tomorrow. That means companies need to be assessing their real estate on a constant basis to make sure it is supporting their business the way they operate today–not the way they operated when they first signed their lease.

While lease expirations provide an opportunity for tenants to re-envision their space, respond to changes in staffing levels or implement new operational efficiencies, you don’t always need to wait that long to effect needed change. There are often things a tenant can do throughout a lease term to ensure that their real estate is supporting their business in the best way possible.

Control Your Own Destiny.
We recently worked with a company that had several years left on their lease but were out of space and, therefore, could not accommodate the rapidly expanding business. Before hiring us, they spoke to their landlord about a possible expansion, however, they could not agree on acceptable financial terms. The landlord, believing the tenant was captive, was holding out for a very high rent which the client was unwilling to pay. They hired us hoping we could secure more favorable economic terms. Instead, we helped them engage a space planner to evaluate their programmatic needs. It turned out that they really didn’t need more space, they needed more efficient furniture and a little reconfiguration to accommodate more bodies. The solution was simple and cost effective even if it didn’t result in a fee for us. It was the right outcome for the client and enabled them to effect needed change well before their lease expiration.

Seize Opportunity.
By constantly assessing their real estate needs, tenants can often identify and act upon opportunities during their lease terms. To do this, tenants need to be informed about what their needs are and be prepared to act quickly. Tenants who ignore their real estate run the risk of ending up like Mark Twain who once said, “I had seldom seen an opportunity until it had ceased to be one.”

At any given point in time, things happen in a building that can create opportunities for a tenant. We worked with a client who had several years left in their lease. The company came to us initially asking if we could help them find expansion space outside of their building because they were out of space and the building was totally full. Knowing that a two building solution was not ideal from an operational or corporate culture perspective, we started calling on other tenants in the building. It turned out that another tenant actually had way too much space and was stressing over how to cut their costs. We were able to work out an arrangement with that other tenant to take their excess space thereby solving both tenants’ problems. Because the client knew exactly what it needed and was in a position to act quickly, we were able to capitalize on this situation and avoid a less than desirable alternative.

Plan Ahead.
A new client of ours was an early stage business with major growth plans. As a result, at our first meeting we asked them to try and map out what their head count was likely to be in three years, five years and ten years. While this exercise obviously involved a lot of “crystal balling”, it quickly became evident that they were going to be outgrowing their current space before their current lease expired. They were worried about how they were going to accommodate their growth without taking on material obligations that would increase their monthly burn rate on cash. We reached out to the landlord and got them to identify all of the pending lease expirations within the building and had them assess the likelihood that each tenant would renew or vacate. Luckily, this exercise revealed that there were likely to be several opportunities to expand within the building to accommodate our clients’ growth. We alerted the landlord to the client’s needs and made sure that if any space became available, we would be notified and given a crack at it before it was marketed. Had we waited to alert the landlord until the space was actually needed, that space may very well have been leased to another party.

In another instance we had a client who wanted to leave their existing space in the middle of their lease term because it didn’t work for them anymore. However, they were not in a position to simply walk away from this obligation or take on an additional lease without mitigating the cost of the first lease. They were resigned to the fact that they would probably have to stick it out for a few more years and then fix things when they did their next lease. Because we knew their current space was of good quality and they had a good amount of term left, there was probably a good chance this space could be sublet. We put the space on the market and were able to sublet it on terms that covered most of the clients’ obligation. This allowed them to execute on a much needed real estate solution years before they thought possible.

Conclusion
In today’s quickly changing business world, companies at times find that the ideal real estate solution they arranged five years ago no longer works for them today. While many companies make the mistake of ignoring real estate until they get close to their lease expiration date, there are a number of things that companies can do in the interim to address changing circumstances with their business. By staying on top of your current and projected real estate needs and communicating these needs to your real estate advisor, you may be able to seize on an opportunity before it ceases to be one.